The ceremony of the Grand Prix de la Création 2022 took place on Tuesday, September 13 at the Hôtel de Ville de Paris, in the presence of by Olivia PolskiOlivia Polski, Deputy Mayor of Paris in charge of trade, crafts, liberal professions, arts and crafts and fashion.

This year, the City of Paris has entrusted the presidency of the juries to three personalities : François Azambourg for design, Christine Phung for fashion and Ludovic Avenel for the crafts.

For this new edition, in partnership with Beyond Leathera new prize dedicated to fashion accessories has been introduced.

Crisscrossing construction sites to glean mineral scraps and transform them in textile workshops, this was the "big project" of Anna Saint Pierre's 5th year of textile and material design at EnsAD. That was in 2016. Since then, Anna has come a long way and defended a thesis on this subject in March 2022. She is now a doctor of design. And, now, she's putting her knowledge to work in the construction industry. "My role is to identify deposits of materials that are destined for the dumpster and that are also representative of the place, because in addition to the circular approach, I have the desire to keep the memory of the sites alive," says Anna. I then study the way in which they can be transformed on the site and I set up the protocol by identifying the companies capable of intervening. For example, on an office site in Ivry-sur-Seine, the facade that was removed was used to make the flooring for the central atrium and circulation areas."

Other avenues are opening up for Anna, who also presented a porcelain vase, painted with a colorful enamel chart with architectural waste, developed with the laboratory of the Manufacture de Sèvres.

If today I work on building sites, I also wish to develop a ready-made material for the craftsmen and the companies. For that, I need crushing machines. This prize will allow me to invest in this equipment and this project.

Perron et Frères is the story of a meeting between Gérald Perrin, a cabinetmaker and marker by training, and Mayeul Reignault, grandson of a cabinetmaker, passionate about wood, and a designer who has studied at ENSAAMA in Paris, the École Supérieure d'Art de Design in Saint-Étienne and ECAL in Lausanne. Mayeul discovered by chance the work of Perron et Frères, created by Gerald and an associate designer. He contacted the company and a collaboration began in 2017.

At the beginning, it was on missions, remembers Mayeul, then little by little I was brought to develop the design pole of the company. Three years ago, Gerald's partner left and it seemed obvious to us to continue the adventure as a pair.

Thus, Perron et Frères, whose favorite material is wood, develops pieces for brands or interior designers. But we now want to design our own furniture collections that convey our values of simplicity and honesty," insists Mayeul. And this is the future of Perron et Frères. We market these lines on our e-shop. In addition, we have just signed with the Sinople gallery to develop more singular pieces."

At Perron et Frères, which now has four employees, we design and work with wood, but we also call on outside service providers to carry out rich and complete projects. We don't limit ourselves to in-house know-how," says Mayeul. And this network is also our strength.

From dance to fashion, there is only one step. At least as far as Victor Weinsanto is concerned. I danced from the age of 4 to 17 in Germany," he says. That doesn't leave time to think about another future. However, Victor quickly realized that he was not like the other students. When the latter watch ballets, he watches the fashion shows of Montana, Mugler... And so, he decides to take another path. He returned to Paris, resumed his "classical" studies and, after his baccalaureate, joined the Atelier Chardon Savard. He followed this up with internships, including one at Jean Paul Gaultier, where he was hired. When the designer announced that he was ending his career, Victor decided to create his first collection, devoting his nights to it.

The parade took place in March 2020, just before the lockdown. "It was a crash test," he recalls. I needed that business card to get work. And that led me to launch my brand in September 2020." His DNA? Humor! That is, serious work that doesn't take itself seriously, mixing high fashion, cabaret references, dead stocks and inclusiveness. All staged in real shows. Alongside this extravagant vision illustrated by a corset dress with a large structure that sits on the head, Victor does not neglect simplicity.

I like to go for unusual pieces but I also want people to be able to afford and wear my clothes. That's why I also imagine a more accessible ready-to-wear in terms of cuts and prices.

Florent Biard, founder of Coltesse, has long evolved in the world of theater, hence the choice of this name, a reference to the author Bernard-Marie Koltès. He, who was destined to be an engineer, deviated from this trajectory because he wanted to meet new people. Then he abandons the stage to become an artistic director. He then tried his hand at fashion and designed shirts that he exhibited at the Man show. He sold a hundred of them. And very quickly the Japanese are interested in his work.

"This forced me to pass quickly in terms of quality but also volumes," he recalls. Then, the IFM Labels program that Coltesse joined in 2019 and followed, partly during the confinement, allowed us to address other issues. It came at the right time because it was time to review our development scheme. We were focused on B to B and Japan, we were using Japanese textiles and had them manufactured in Portugal. We felt that this was not viable and, above all, it no longer suited me. We wanted to relocate, to feel more rooted in Paris, and to be more caring", explains Florent.

Today, his desires have come true. The brand, which employs five people, offers Made in Paris collections that question the notion of timelessness and challenge the male classics.

This eco-conscious wardrobe is minimalist at first glance, but it hides enormous research on volumes, balance and practicality. It is a discreet work that is discovered over time.

"I have an atypical background", Bertrand Mahé, founder of Aristide, immediately announces. Bertrand holds a BTS in sales, and for a long time was a sales representative, a job that gave him enough autonomy to devote the time he needed to his passion, painting. It was during an exhibition that the director of the Poujade glove factory bought a painting from him and offered him a collaboration.

I then discovered the workshop and leather work. I was fascinated by the manufacturing process. I was a representative for this company while designing glove collections.

And so, in 2010, Bertrand emancipates himself and launches Aristide: "The leitmotiv? To propose through an annual collection a contemporary vision of the glove based on an essential know-how".

Within Aristide, Bertrand takes care of everything: from creation to marketing. Manufacturing is entrusted to a workshop in the Philippines. "It's a very specialized and expert company that cultivates a tremendous human respect. This collaboration allows me to develop original models with unexpected combinations of materials," explains Bertrand. In this fast-paced society, it's also important to adapt to new uses, with details such as tactile inserts for using a smartphone or zipped pockets for slipping in a Navigo pass..." Bertrand has always maintained this course and intends to continue because as he points out, "I didn't create Aristide to make brown leather gloves!"

Behind Atelier Alba is a duo composed of Célia Suzanne and Erwann Larbre. The duo met at the École Boulle in the marquetry workshop. Erwann joined the school after following the same path as his grandfather, a carpenter and cabinetmaker, and Celia, after training in applied arts in Nîmes.

We both have a passion for materials and marquetry, a rare skill, allows us to work in a very wide range of materials: wood, metal, leather, horn ...

The idea to create Atelier Alba was born during Celia's residency at the Ateliers de Paris in 2018. In 2019, Erwann won the title of Meilleur Ouvrier de France Marqueterie. The company's articles of association are therefore quite naturally filed in 2020. We took our time," says Célia, "because we wanted to create an innovative workshop that promotes these ancient and precious techniques by seeking new materials such as horsehair, which has become our signature. Our roles are quite well defined. Erwann has a sharp eye for marquetry, he advances the techniques. I'm more focused on creation and the search for innovations.

Interior architects, designers and watch manufacturers call on their talents and their ability to blend tradition with a contemporary approach. To meet their increasingly demanding expectations, we need new tools and equipment. And this prize, in addition to being a recognition, will also support our development," concludes Célia.

This prize is a particularly important recognition when one has, like me, worked in his cave for years, devoted much time to research. And it obviously gives visibility to the colors of the crushed minerals!

Caroline Besse does not surf on a green trend. For 20 years she has been developing a palette made of natural materials, without solvents. Trained as a classical decorative painter, she began by creating numerous frescoes. At the same time, she studied traditional Chinese medicine and became passionate about Buddhist sacred art. "This is how I discovered mineral painting. The intensity and vibration of these colors touched me and gave me the desire to develop my own techniques and contemporary creative proposals. I studied different traditions: Japanese but also Byzantine icons, while deepening the relationship to the body in the gesture of the drawing. Since 2017, all the decorations and paintings I propose are made only with the colors of crushed minerals."

Many architects and decorators are sensitive to this unique and original work that hides a radiant personality. They have notably called upon her to create a fresco in the VIP lounges of the Van Cleef & Arpels house, on Place Vendôme. My reflection on the perception of color is linked to the human being," says Caroline. Immersed in the mineral, the eye opens to the powers of color.

The Grand Prix of Creation

The Grands Prix de la Création awards two professionals in the fields of design, fashion and arts and crafts and one professional in fashion accessories.

The Grand Prix rewards a professional for the quality of his or her project and career path, development strategy, commitment to the transmission of know-how or innovation. This prize is aimed at experienced professionals, companies and brands whose development is well advanced.

The Emerging Talent Award recognises a professional with a promising project. The award is an encouragement.

An endowment of 18,000 euros is awarded to the winners. Each prize is endowed with 8,000 euros by the City of Paris and enriched via the Fonds pour les Ateliers de Paris by private partners: the Fédération Française du Prêt à Porter Féminin, ADC - Au-Delà du Cuir, the Galeries Lafayette Group, the Rémy Cointreau Foundation, ESMOD, Plendi by VINCI Construction, Roger Pradier, Victoire, and the Galia Group 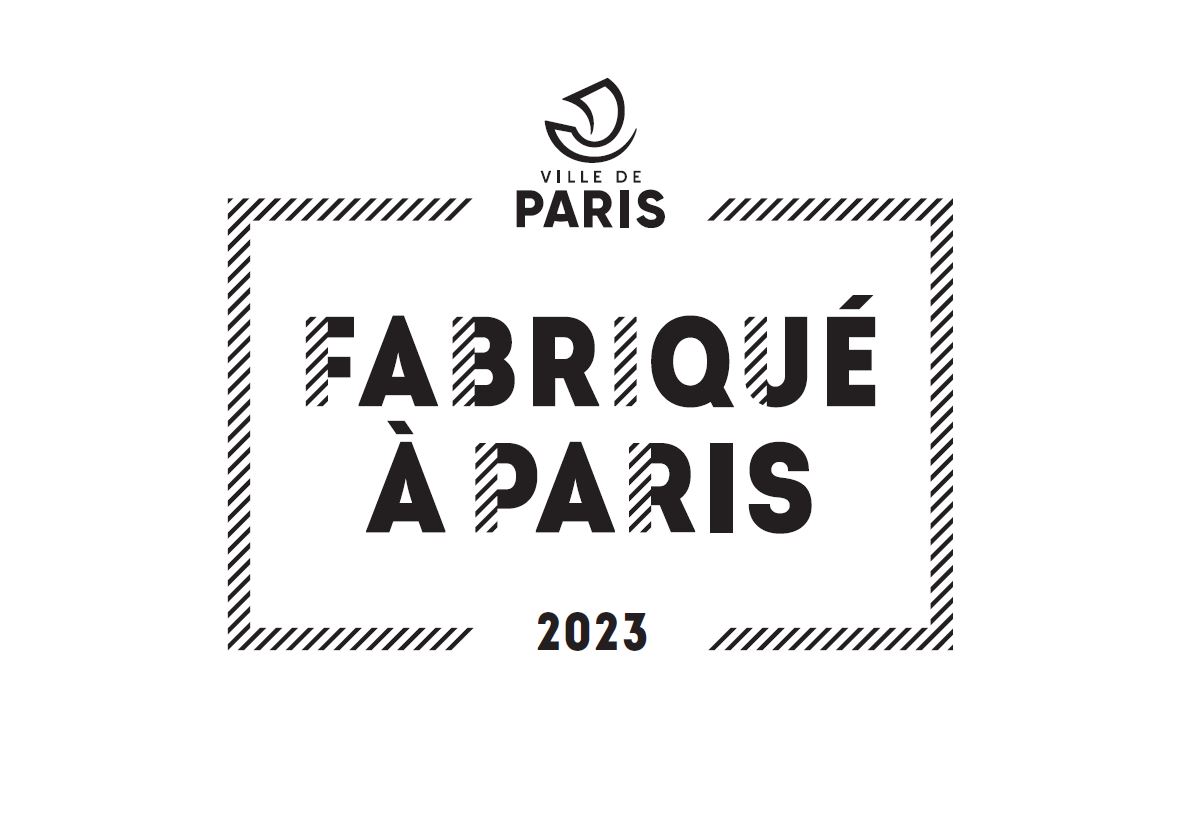 Products with the "Made in Paris" label 2023 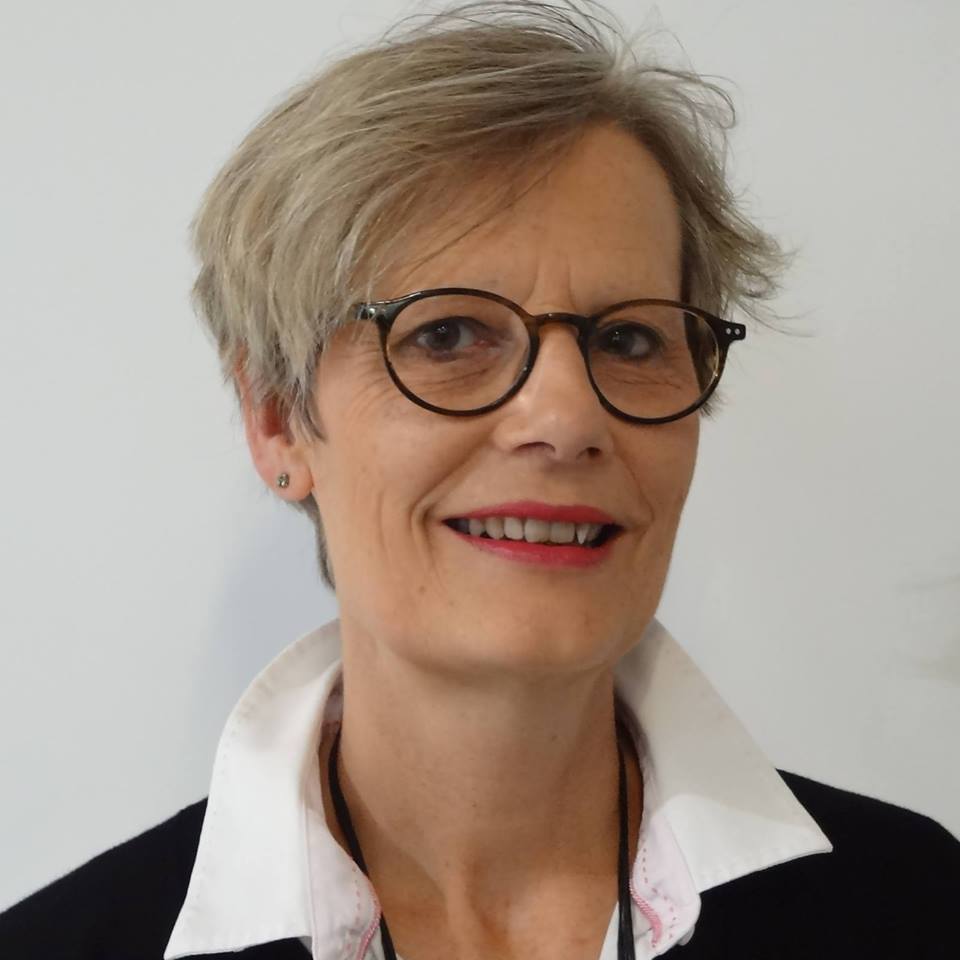